Snapshots of Orange County in the 1940s: Spaces, Places, Faces explores the cultural, economic, and political landscape of Orange County from its inception through World War II. While multicultural groups were setting roots before the war, military installations brought soldiers from all over the country to Orange County, changing the demographics, cultural norms, and expectations. This exhibition shares the stories of the spaces, places, and faces that transformed rural Orange County to a thriving metropolis.

Snapshots of Orange County in the 1940s is a complementary exhibition to the United States Holocaust Memorial Museum (USHMM) and the American Library Association (ALA) Public Programs Office’s traveling exhibition, Americans and the Holocaust. The traveling exhibition explores the motives, pressures, and fears that shaped Americans’ responses to Nazism, war, and genocide in Europe during the 1930s and 1940s highlighting themes in American history, including Americans’ responses to refugees. This exhibition challenges the commonly held assumptions that Americans knew little and did nothing about the Nazi persecution and murder of Jews as the Holocaust unfolded. Americans and the Holocaust was on display at UCI in February and March 2022.

As one of 50 sites selected to host Americans and the Holocaust, we were honored to share this groundbreaking exhibition with the UCI campus and community. In alignment with the traveling exhibition, we gathered a variety of guest speakers and experts from UCI and across the nation to discuss antisemitism, extremism, and the power of human connection. Recordings of these events are available on the UCI Libraries YouTube channel.

Snapshots of Orange County in the 1940s: Spaces, Places, Faces will be on display through October 2022 during regular library hours. I invite you to explore the exhibition, and to view additional thought-provoking exhibitions at the UCI Libraries in the future. 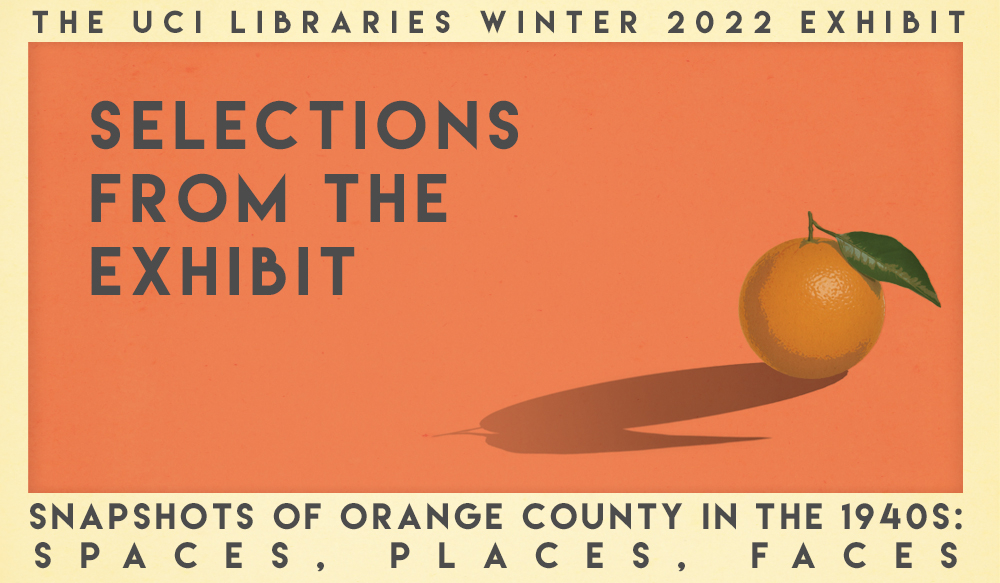 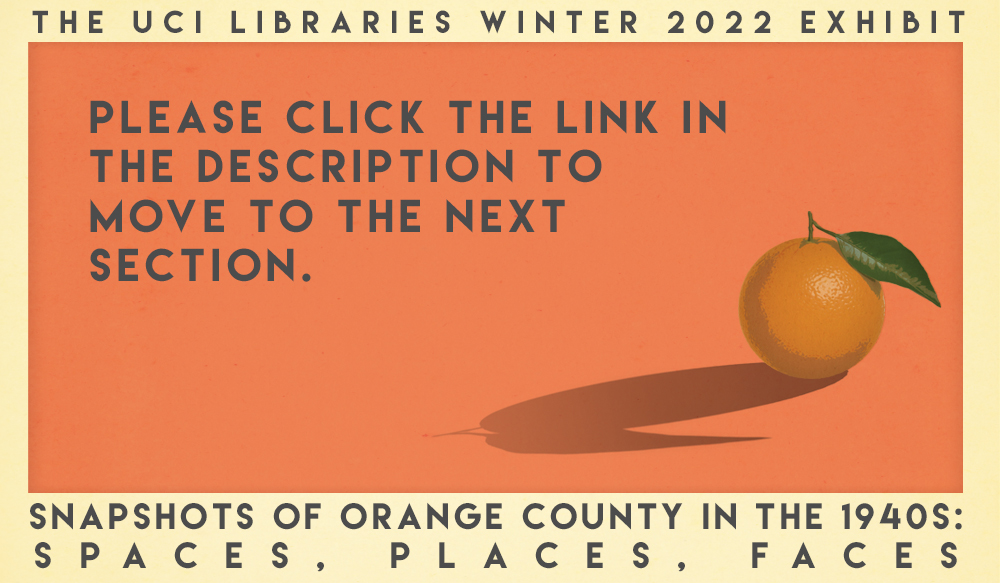