The program will also feature a panel with esteemed translators of Korean literature, Bruce Fulton and Ju-Chan Fulton, who will introduce their new book "Sunset: A Ch'ae Manshik Reader" published by Columbia University Press.

About Park Min-gyu: Born in Ulsan, South Korea in 1968, Park Min-gyu graduated from Chungang University with a degree in Critical Writing. He began his literary career with two novels, "Legend of the World's Superheroes" (Jigu yeongung jeonseol) and "The Last Fan Club of Sammi Superstars" (Sammi syupeosuta eui majimak paenkulleob), in 2003 and these novels earned him literary prizes and high praises from his peers. Writer and power Twitterian Lee Oe-soo called Park's debut, "the most shocking event in the history of Korean literature."

Park's latest novel, "Pavane for a Dead Princess", was published in 2009. One of the stories titled "The Door of Morning" (Achim eui moon) won Yi Sang Literary Award. In 2010, Park's short story, "A Nap" was adapted into a theatrical play of the same name. It was directed by filmmaker Hur Jin-ho and starred Kibum of Super Junior as a young version of male lead Young-jin.

Event co-sponsored by the Literature Translation Institute of Korea.

UCI Libraries is grateful for the many advocates and friends that support programs such as this. If you value the Libraries’ reach and impact on campus and surrounding communities through programs and exhibits, please consider making a gift today. 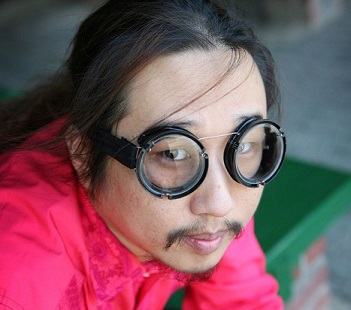