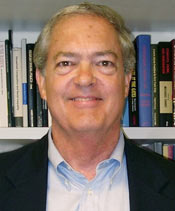 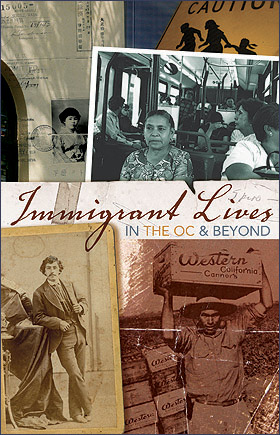 The Opening of our Fall Exhibit

Immigrant Lives in “The OC” and Beyond

With a talk by Frank D. Bean UCI Chancellor’s Professor of Sociology and Economics, and Director of the Center for Research on Immigration, Population and Public Policy

"Immigration: Its Past and Future Significance for the United States"

Reception & Exhibit Viewing to follow immediately
Reservations must be received no later than November 12, 2008

In recent years, Orange County has become widely known via television and other media portrayals as "The OC," creating perceptions of a largely homogeneous, wealthy populace. In reality, our county has experienced significant demographic change in recent decades, largely due to the impact of immigrants from throughout the world. This exhibit depicts the lives of immigrants -- and those around them -- in our region, with a focus on Orange County, from its beginnings in the late 19th century to today. Topics portrayed include the legacy of an often turbulent past, the changing face of the people, the contemporary debate over immigration, and issues affecting immigrant workers. The exhibit also highlights immigrants' own stories, the plight of the undocumented, public policy issues, and the role of gender in migration. Immigrant Lives is curated by Daniel C. Tsang, Asian American Studies, Economics & Political Science Bibliographer and Social Science Data Librarian.

Free and open to the public. Limited seating. Reservations requested; please call (949) 824-5300 or email: partners@uci.edu. Self parking ($7) in the Student Center parking structure on the corner of West Peltason and Pereira Dr. Please enter the structure on Pereira and obtain a parking permit at the information booth. Complimentary shuttle carts for transportation from the parking structure to the event. Handicapped parking available.