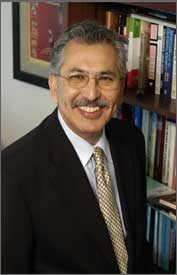 The Partners of the UCI Libraries Present

The Opening of our Spring Exhibit

Featuring a talk by

Student Activism and Social Justice: A History of Social Change

The UCI Libraries is pleased to announce the opening of an inspiring new exhibit, Hope of Freedom: Project Ngoc’s Decade of Dedication on Tuesday, April 24th, at 5:30 pm in Langson Library.  The exhibit chronicles the history and wide-reaching impact of Project Ngoc (Project Pearl), a UCI student-led humanitarian organization whose decade of activism raised awareness and support for the plight of Vietnamese refugees detained in camps in Asia after the Vietnam War.

Conceived in 1987 by graduate student Tom Wilson as a class at UCI, Project Ngoc grew into a remarkable humanitarian effort that made a difference in the lives of many Vietnam War refugees.  Hope of Freedom traces Project Ngoc’s impressive accomplishments, including sending student volunteers to camps in Hong Kong, Thailand, and the Philippines to teach classes and deliver gifts, supplies and financial donations.  Featured prominently in the exhibit are photographs of the camps, and paintings the refugees made, many with powerful images of their desperate yearning for freedom.  The exhibit highlights Project Ngoc’s influence at the local, national, and international level through newsletters, student journals, and program materials that reveal the group’s tireless efforts on behalf of the refugees.

Project Ngoc donated their rich materials to the Southeast Asian Archive, which is part of the UCI Libraries Special Collections & Archives Department, where they are available for research.  The nationally recognized Southeast Asian Archive documents the experiences of refugees and immigrants from Cambodia, Laos, and Vietnam who came to the United States – many to California – beginning in 1975.

Our guest speaker Manuel Gómez served as UCI Vice Chancellor for Student Affairs before retiring in 2011 after 38 years of service to the campus and UC system.  Over the course of his career, Gómez inspired countless students to meet their goals and laid a strong foundation for academic, character and leadership excellence at UCI. His legacy includes founding the UCI Center for Educational Partnerships, co-founding the UC-wide Silk Road to the Future, and establishing the UCI XIV Dalai Lama Endowed Scholarship.  A published poet, Gómez received the UCI Medal in 2011.

A light reception and exhibit viewing will follow the presentation.  The event is free and open to the public.  Space is limited; reservations are first come, first served.  Please go to http://give.lib.uci.edu/projectngoc to make an online reservation.  For further information please call 949.824.4651 or email partners@uci.edu.

Hope of Freedom will be on display through October 2012 in the Langson Library Muriel Ansley Reynolds Gallery during regular library hours.