Exhibition | Americans and the Holocaust 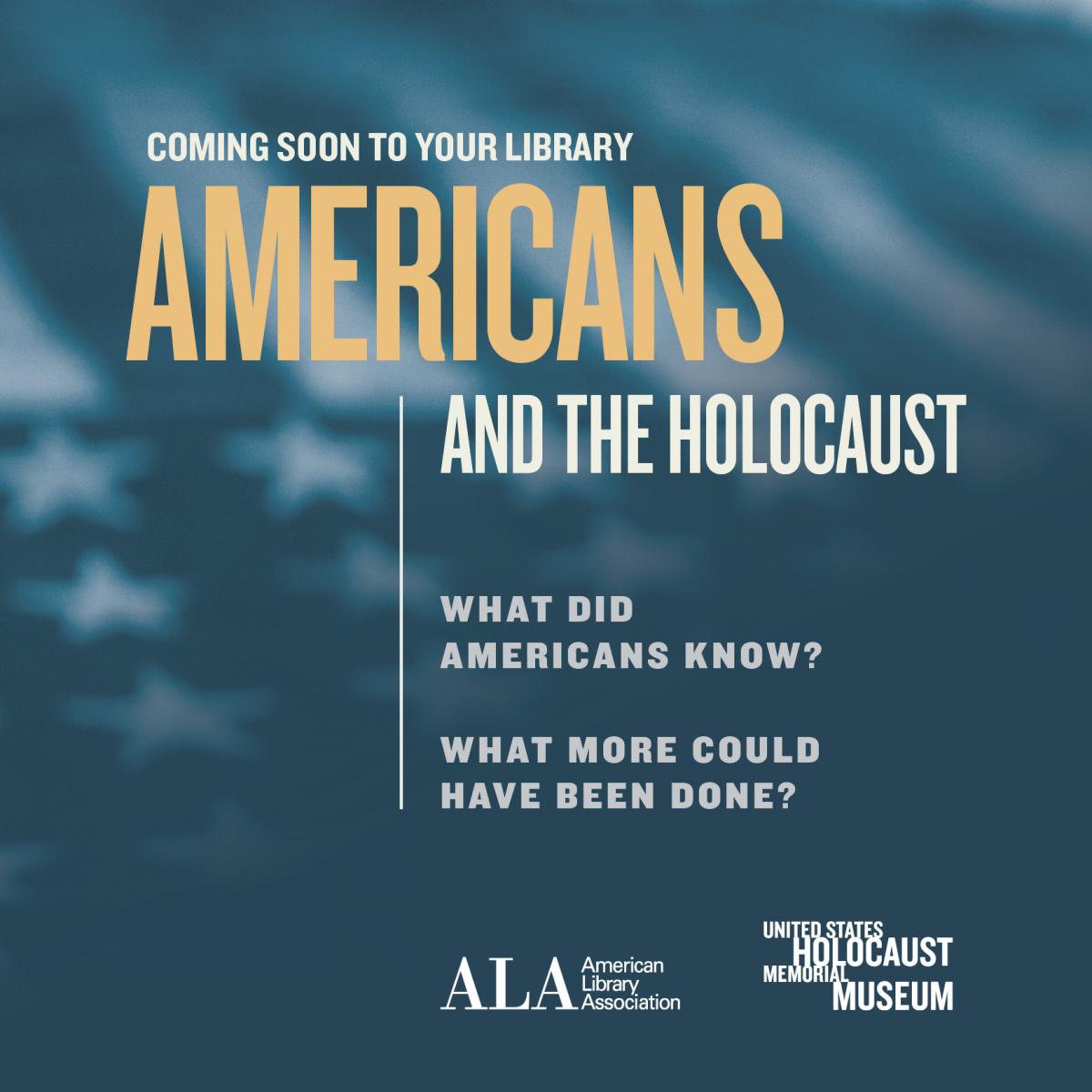 Exhibition | Americans and the Holocaust

Americans and the Holocaust was on display at UCI Libraries, along with a series of related special events, from Wednesday, February 2 through Wednesday, March 9.

UCI Libraries is one of 50 U.S. libraries selected to host Americans and the Holocaust, a traveling exhibition from the U.S. Holocaust Memorial Museum that examines the motives, pressures and fears that shaped Americans’ responses to Nazism, war and genocide in Europe during the 1930s and 1940s.

About Americans and the Holocaust

Based on extensive new research of that period, Americans and the Holocaust addresses important themes in American history, exploring the many factors — including the Great Depression, isolationism, xenophobia, racism and antisemitism — that influenced decisions made by the U.S. government, the news media, organizations and individuals as they responded to Nazism. This exhibition will challenge the commonly held assumptions that Americans knew little and did nothing about the Nazi persecution and murder of Jews as the Holocaust unfolded.

Drawing on a remarkable collection of primary sources from the 1930s and ’40s, the exhibition focuses on the stories of individuals and groups of Americans who took action in response to Nazism. It will challenge visitors to consider the responsibilities and obstacles faced by individuals — from President Franklin Delano Roosevelt to ordinary Americans — who made difficult choices, sought to effect change, and, in a few cases, took significant risks to help victims of Nazism even as rescue never became a government priority. 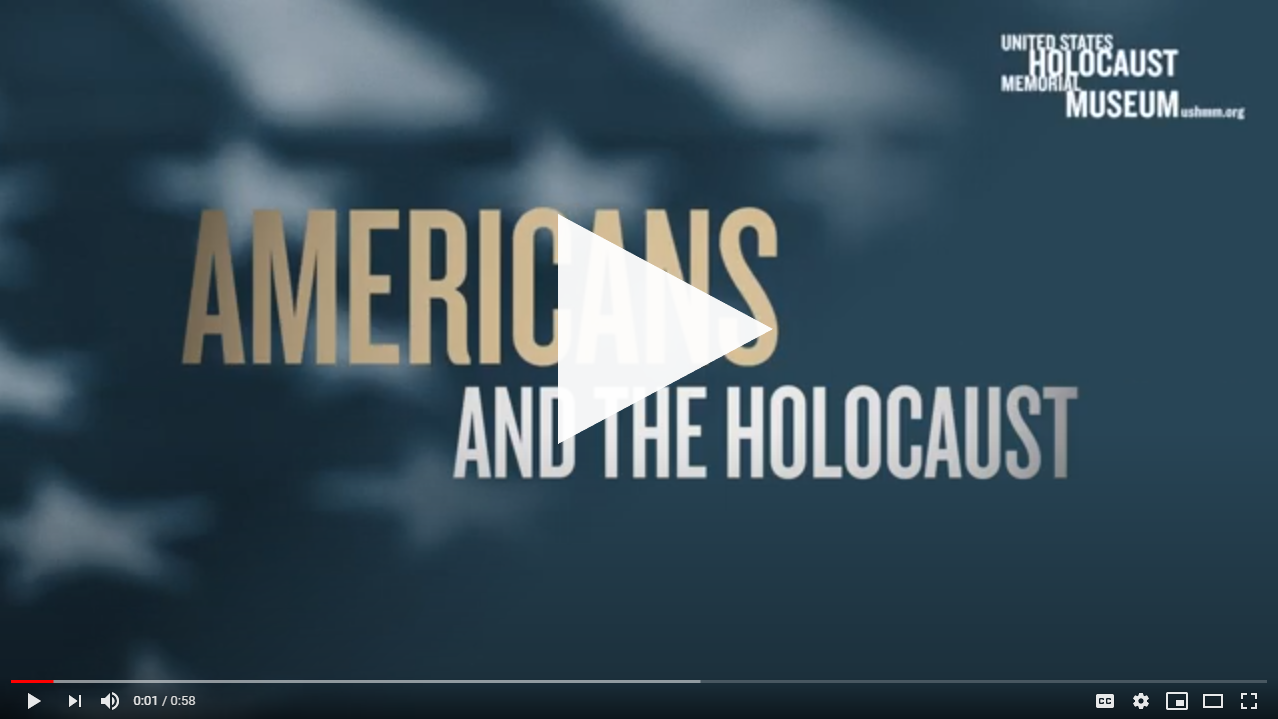 To learn more about the exhibition, visit ushmm.org/americans-ala

Explore the Americans and the Holocaust extended reading list from UCI Libraries.

Additional educational resources for teachers in the community can be found here.

Americans and the Holocaust: A Traveling Exhibition for Libraries is an educational initiative of the United States Holocaust Memorial Museum and the American Library Association.

Americans and the Holocaust was made possible by the generous support of lead sponsor Jeannie & Jonathan Lavine. Additional major funding was provided by the Bildners — Joan & Allen z”l, Elisa Spungen & Rob, Nancy & Jim; and Jane and Daniel Och. The Museum's exhibitions are also supported by the Lester Robbins and Sheila Johnson Robbins Traveling and Special Exhibitions Fund, established in 1990. 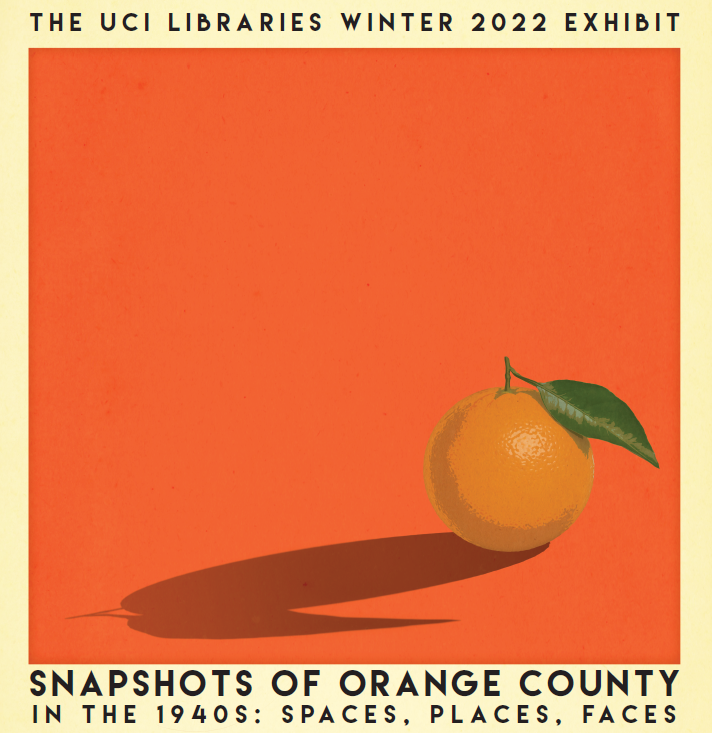 Snapshots of Orange County in the 1940s: Spaces, Places, Faces

In conjunction with Americans and the Holocaust, UCI Libraries' complementary exhibit Snapshots of Orange County in the 1940s: Spaces, Places, Faces explores the cultural, economic, and political landscape of Orange County from its inception through World War II. While multicultural groups were setting roots before the war, military installations brought soldiers from all over the country to Orange County, changing the demographics, cultural norms, and expectations. This exhibit shares the stories of the spaces, places, and faces that transformed rural Orange County to a thriving metropolis.

Snapshots of Orange County in the 1940s: Spaces, Places, Faces exhibit will be on display during regular library hours starting February 2, 2022 through mid-October 2022. To learn more about this exhibit, visit lib.uci.edu/snapshots.

Your Support Makes These Exhibits Possible

It is through the support of our generous donors that the UCI Libraries can support the educational and research goals of the entire UCI community. Your support ignites student success, invigorates learning spaces, advances world-class research, inspires creativity and innovation, sparks imagination, and helps us explore our legacy.

Your generosity also allows us to present new and exciting educational exhibits and events such as the traveling exhibit Americans and the Holocaust, created by the United States Holocaust Memorial Museum (USHMM) and the American Library Association (ALA) Public Programs Office, which was on display in Langson Library in February and March 2022, and the related programs highlighting themes from the exhibit.

For more information about special sponsorship opportunities, or to make a gift to support special projects related to the exhibit, visit lib.uci.edu/exhibitsupport. 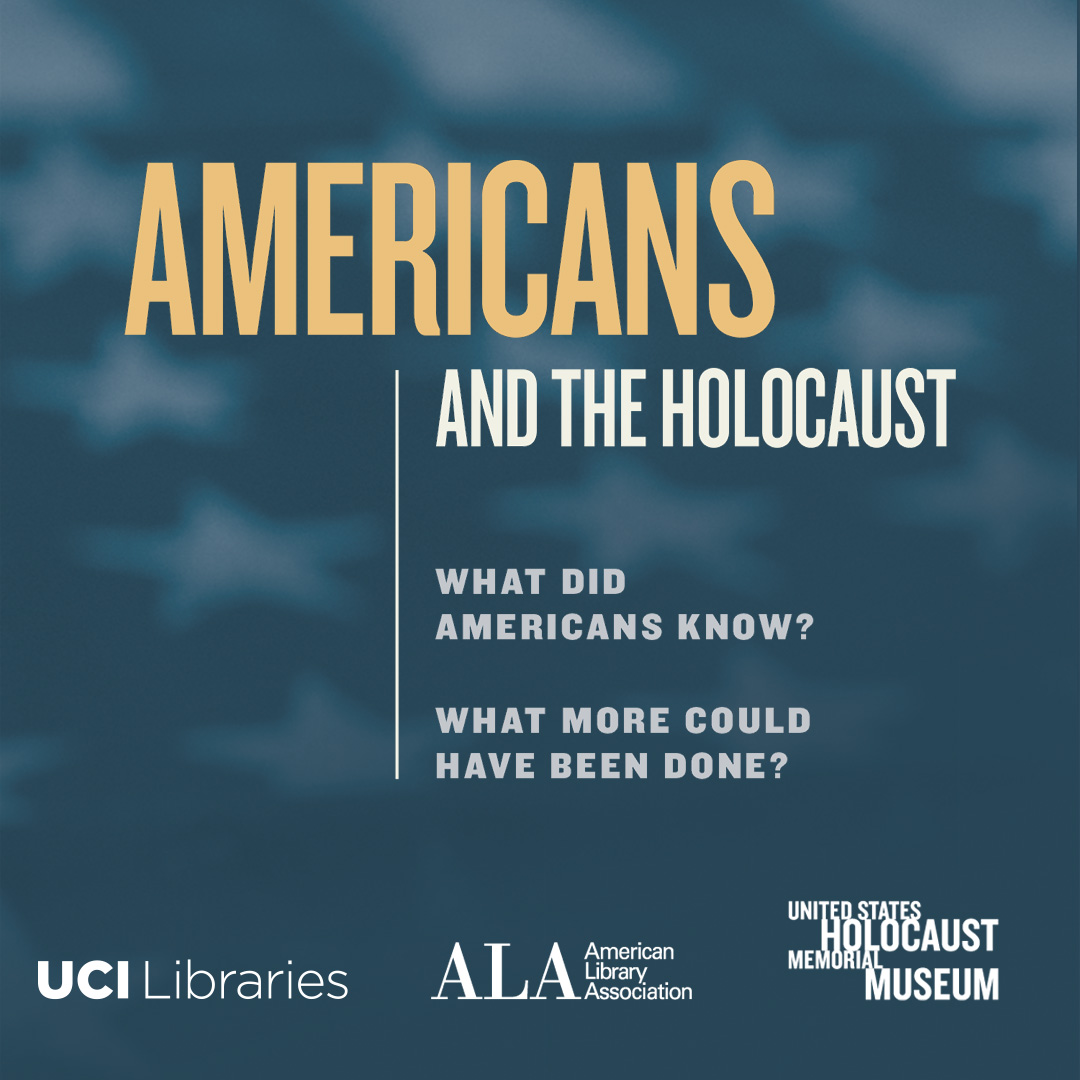 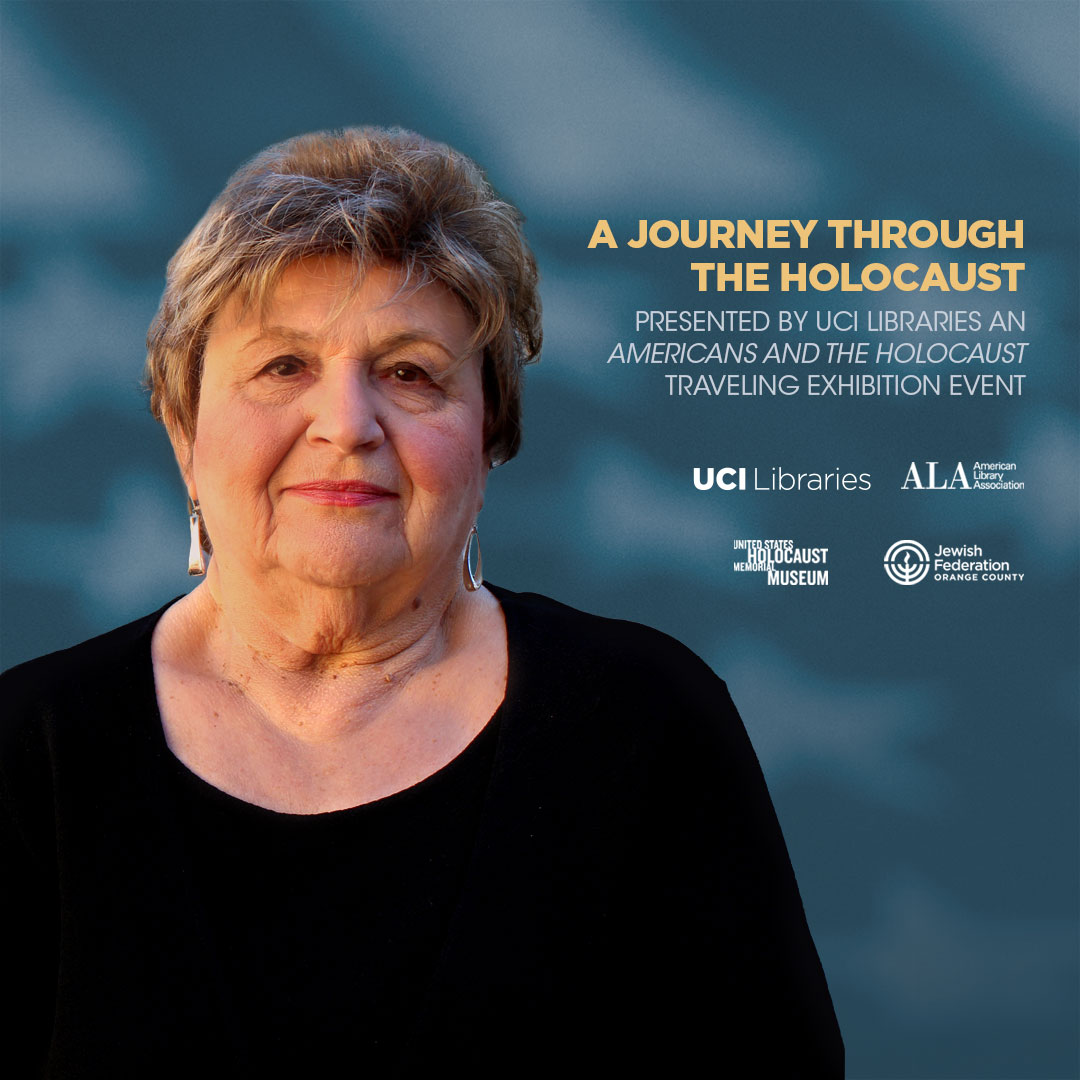 A Journey through the Holocaust 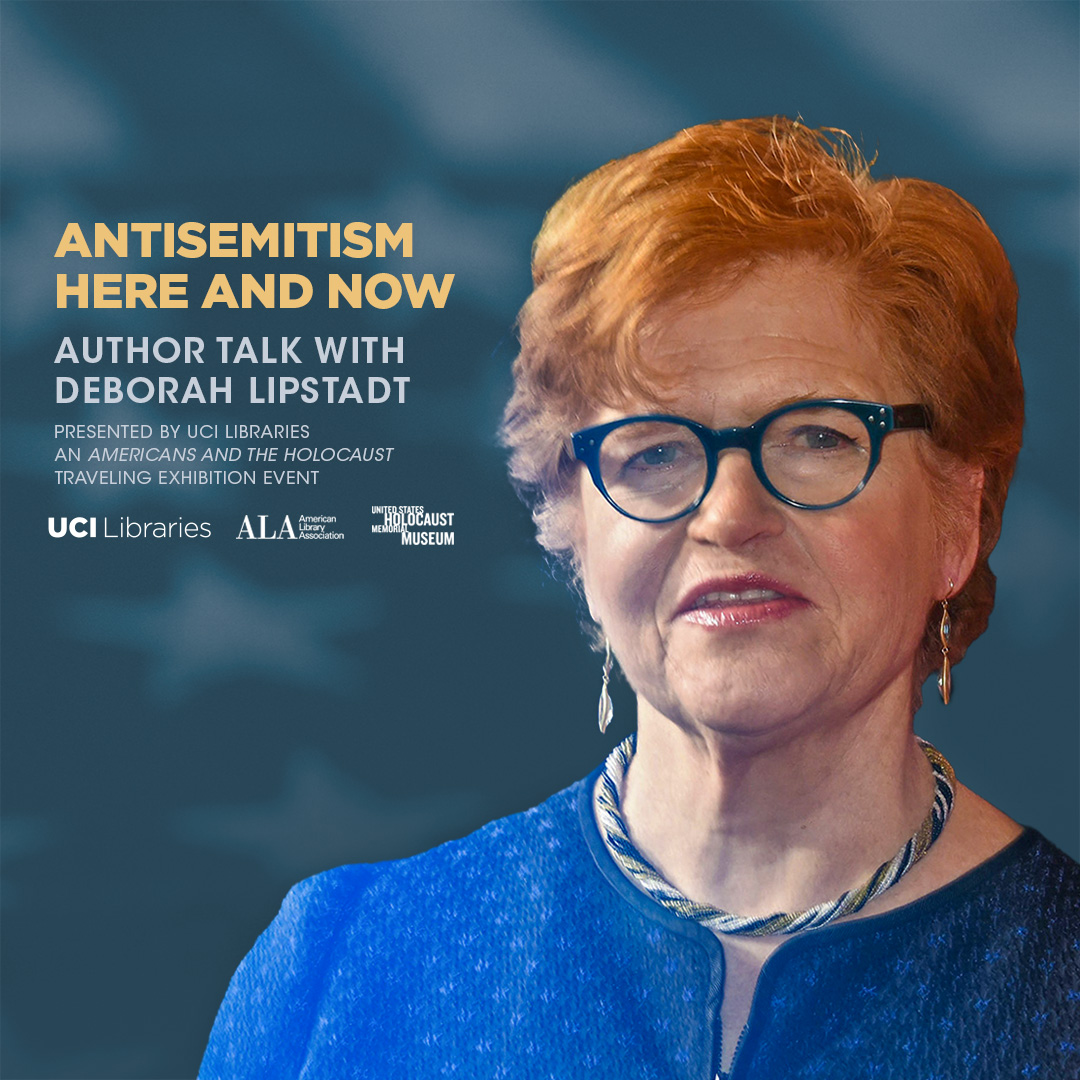 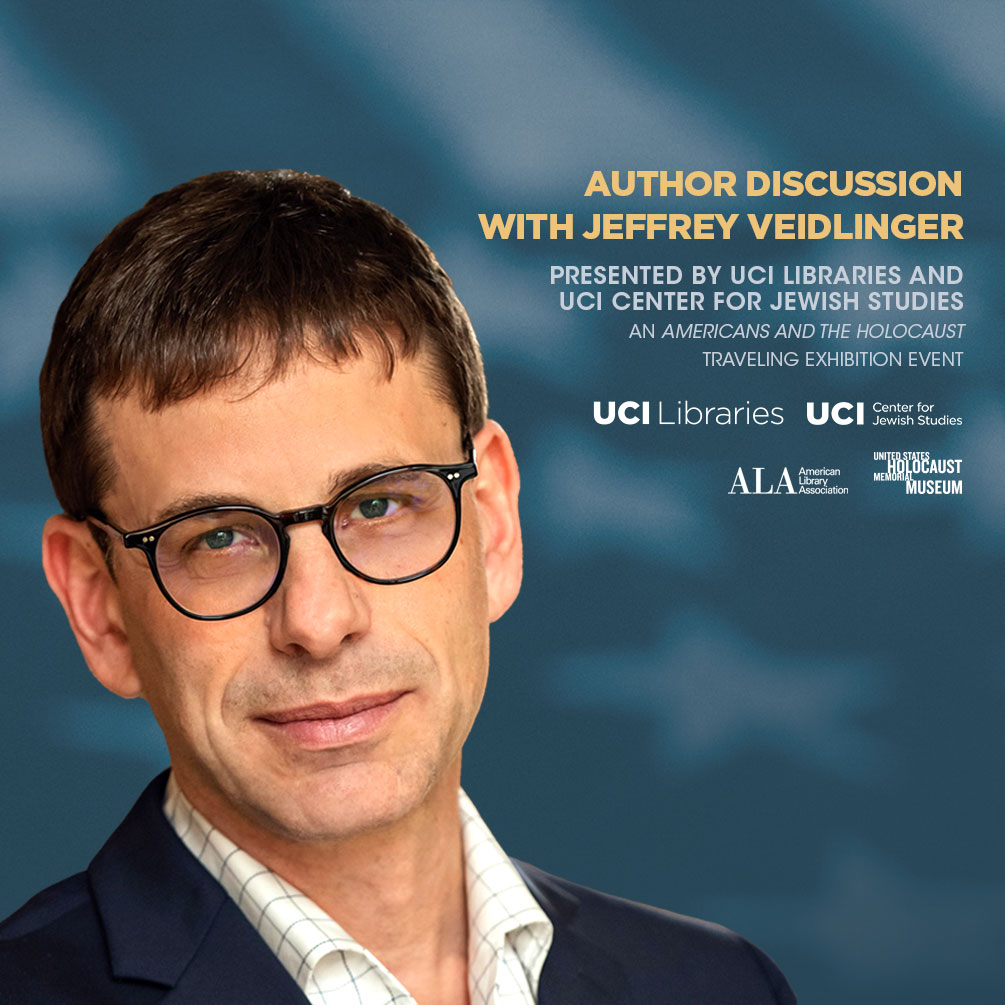 Seeking Asylum: Then and Now 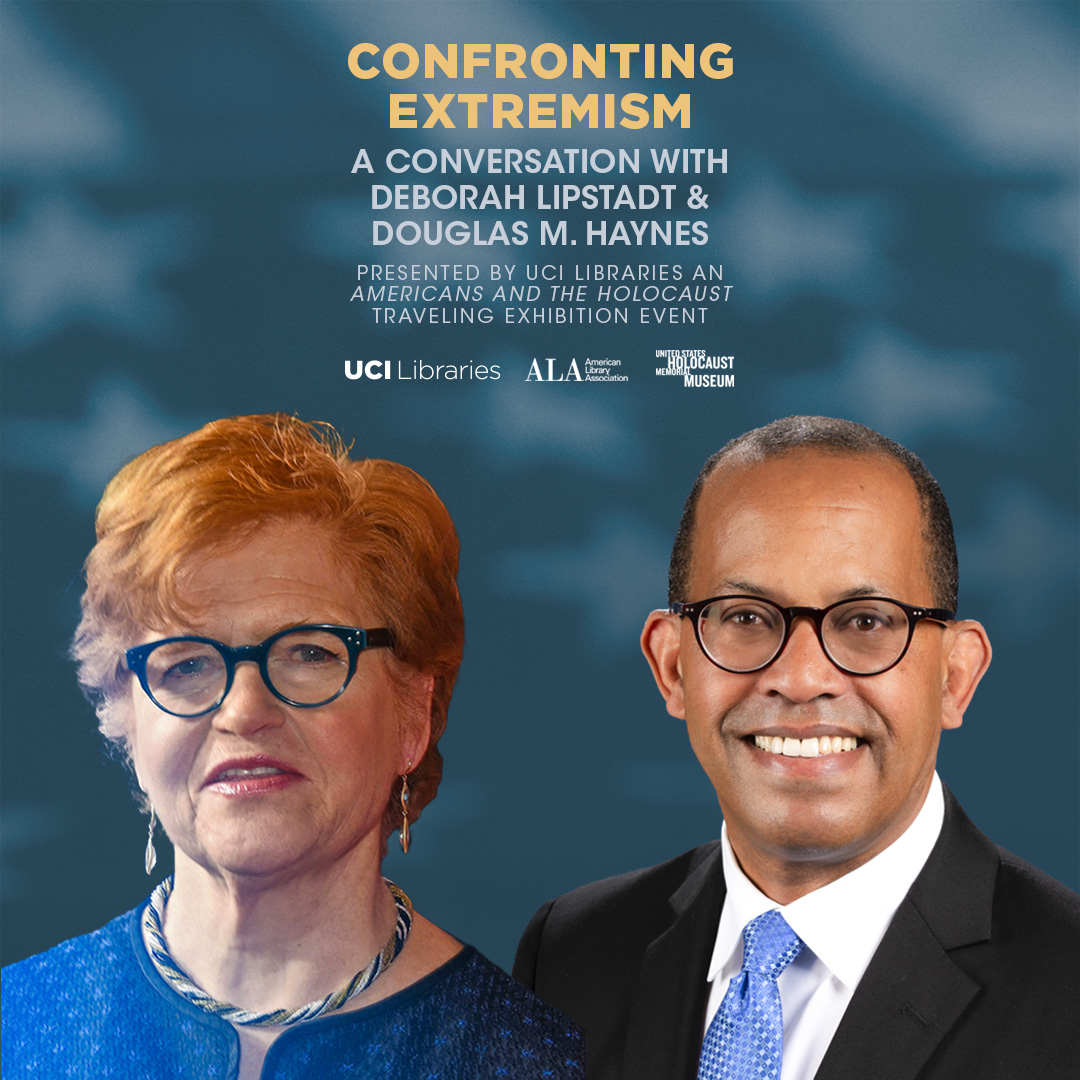 How to Visit the Exhibition

Americans and the Holocaust will be on display on the main floor of the Jack Langson Library (LL Building) during regular library hours starting February 2, 2022 through March 9, 2022.

This exhibition is self-guided. Community group visits, including K-12, are welcome with advanced notice. For assistance, please contact UCI Libraries Communications and Events at partners@uci.edu

For questions or more information, please email us at partners@uci.edu.

HOW TO VISIT UCI LIBRARIES EXHIBITS

UCI Libraries exhibits are self-guided and open to the public, at no cost, during regular library hours. Community group and K-12 visits are welcome with advanced notice. For assistance, please contact UCI Libraries Communications and Events at partners@uci.edu.

Parking permits are required on the UCI campus at all times. For campus maps and parking rates, see the UCI Parking Permits webpage.